How does Google Search work?

Hi Matt, could you please explain how Google's ranking and website evaluation process works starting with the crawling and analysis of a site, crawling timelines, frequencies, priorities, indexing and filtering processes within the databases etc.

How Google's ranking and website evaluation process works starting with the crawling and analysis of a site, crawling time lines, frequencies, priorities, indexing and filtering processes within the databases?

00:00
MATT CUTTS: Hi, everybody. We got a really interesting and very expansive question from RobertvH in Munich. RobertvH wants to know-- Hi Matt, could you please explain how Google's ranking and website evaluation process works starting with the crawling and analysis of a site, crawling time lines, frequencies, priorities, indexing and filtering processes within the databases, et cetera? OK. So that's basically just like, tell me everything about Google. Right? That's a really expansive question. It covers a lot of different ground. And in fact, I have given orientation lectures to engineers when they come in. And I can talk for an hour about all those different topics, and even talk for an hour about a very small subset of those topics. So let me talk for a while and see how much of a feel I can give you for how the Google infrastructure works, how it all fits together, how our crawling and indexing and serving pipeline works. Let's dive right in. So there's three things that you really want to do well if you want to be the world's best search engine. You want to crawl the web comprehensively and deeply. You want to index those pages. And then you want to rank or serve those pages and return the most relevant ones first. Crawling is actually more difficult than you might think. Whenever Google started, whenever I joined back in 2000, we didn't manage to crawl the web for something like three or four months. And we had to have a war room. But a good way to think about the mental model is we basically take page rank as the primary determinant.

The more page rank you have that is, the more people who link to you and the more reputable those people are, the more likely it is we're going to discover your page relatively early in the crawl.

01:28
And the more page rank you have-- that is, the more people who link to you and the more reputable those people are-- the more likely it is we're going to discover your page relatively early in the crawl. In fact, you could imagine crawling in strict page rank order, and you'd get the CNNs of the world and The New York Times of the world and really very high page rank sites. And if you think about how things used to be, we used to crawl for 30 days. So we'd crawl for several weeks. And then we would index for about a week. And then we would push that data out. And that would take about a week. And so that was what the Google dance was. Sometimes you'd hit one data center that had old data. And sometimes you'd hit a data center that had new data. Now there's various interesting tricks that you can do. For example, after you've crawled for 30 days, you can imagine recrawling the high page rank guys so you can see if there's anything new or important that's hit on the CNN home page. But for the most part, this is not fantastic. Right? Because if you're trying to crawl the web and it takes you 30 days, you're going to be out-of-date. So eventually, in 2003, I believe, we switched as part of an update called Update Fritz to crawling a fairly interesting significant chunk of the web every day. And so if you imagine breaking the web into a certain number of segments, you could imagine crawling that part of the web and refreshing it every night. And so at any given point, your main base index would only be so out of date. Because then you'd loop back around and you'd refresh that. And that works very, very well. Instead of waiting for everything to finish, you're incrementally updating your index. And we've gotten even better over time. So at this point, we can get very, very fresh.

Any time we see updates, we can usually find them very quickly.

03:14
Any time we see updates, we can usually find them very quickly. And in the old days, you would have not just a main or a base index, but you could have what were called supplemental results, or the supplemental index. And that was something that we wouldn't crawl and refresh quite as often. But it was a lot more documents. And so you could almost imagine having really fresh content, a layer of our main index, and then more documents that are not refreshed quite as often, but there's a lot more of them. So that's just a little bit about the crawl and how to crawl comprehensively. What you do then is you pass things around. And you basically say, OK, I have crawled a large fraction of the web. And within that web you have, for example, one document.

03:58
And indexing is basically taking things in word order. Well, let's just work through an example. Suppose you say Katy Perry. In a document, Katy Perry appears right next to each other. But what you want in an index is which documents does the word Katy appear in, and which documents does the word Perry appear in? So you might say Katy appears in documents 1, and 2, and 89, and 555, and 789. And Perry might appear in documents number 2, and 8, and 73, and 555, and 1,000. And so the whole process of doing the index is reversing, so that instead of having the documents in word order, you have the words, and they have it in document order. So it's, OK, these are all the documents that a word appears in. Now when someone comes to Google and they type in Katy Perry, you want to say, OK, what documents might match Katy Perry? Well, document one has Katy, but it doesn't have Perry. So it's out. Document number two has both Katy and Perry, so that's a possibility. Document eight has Perry but not Katy. 89 and 73 are out because they don't have the right combination of words. 555 has both Katy and Perry. And then these two are also out. And so when someone comes to Google and they type in Chicken Little, Britney Spears, Matt Cutts, Katy Perry, whatever it is, we find the documents that we believe have those words, either on the page or maybe in back links, in anchor text pointing to that document. Once you've done what's called document selection, you try to figure out, how should you rank those? And that's really tricky. We use page rank as well as over 200 other factors in our rankings to try to say, OK, maybe this document is really authoritative. It has a lot of reputation because it has a lot of page rank. But it only has the word Perry once. And it just happens to have the word Katy somewhere else on the page. Whereas here is a document that has the word Katy and Perry right next to each other, so there's proximity. And it's got a lot of reputation. It's got a lot of links pointing to it. So we try to balance that off. You want to find reputable documents that are also about what the user typed in. And that's kind of the secret sauce, trying to figure out a way to combine those 200 different ranking signals in order to find the most relevant document. So at any given time, hundreds of millions of times a day, someone comes to Google. We try to find the closest data center to them. They type in something like Katy Perry. We send that query out to hundreds of different machines all at once, which look through their little tiny fraction of the web that we've indexed. And we find, OK, these are the documents that we think best match. All those machines return their matches. And we say, OK, what's the creme de la creme? What's the needle in the haystack? What's the best page that matches this query across our entire index? And then we take that page and we try to show it with a useful snippet. So you show the key words in the context of the document. And you get it all back in under half a second.

That's probably about as long as we can go on without straining YouTube. But that just gives you a little bit of a feel about how the crawling system works.

07:06
So that's probably about as long as we can go on without straining YouTube. But that just gives you a little bit of a feel about how the crawling system works, how we index documents, how things get returned in under half a second through that massive parallelization. I hope that helps. And if you want to know more, there's a whole bunch of articles and academic papers about Google, and page rank, and how Google works. But you can also apply to-- there's jobs@google.com, I think, or google.com/jobs, if you're interested in learning a lot more about how search engines work. OK. Thanks very much. 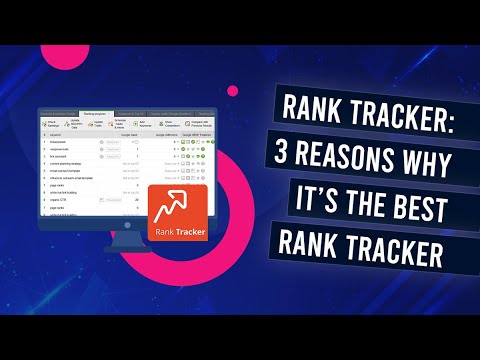 Rank Tracker Review - How To Track EVERYTHING Without Limits! 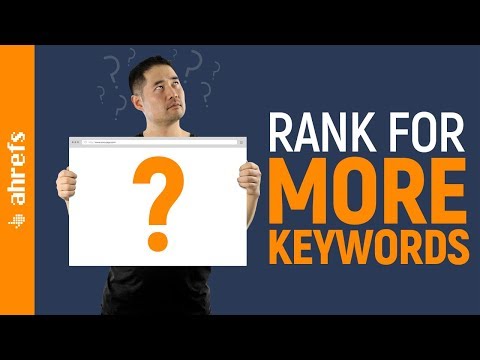 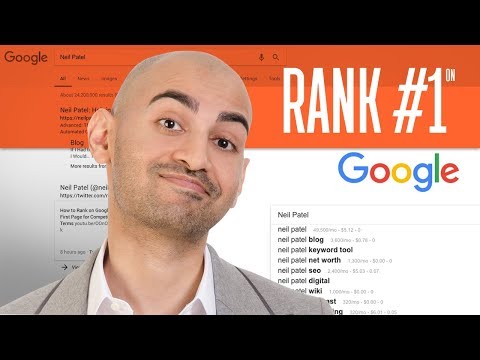 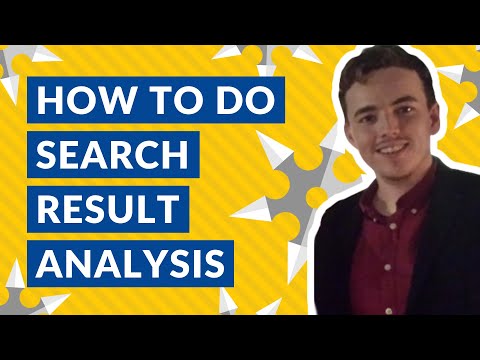 How To Use SERP Analysis To Rank Top of Google